2022 Crain’s Power 150 celebrates and honors some of Ohio’s best and brightest. From CEOs and politicians to philanthropists and entrepreneurs, Crain’s Power 150 is a snapshot of those leading some of Northeast Ohio’s most influential organizations and are in a position to move the region forward. 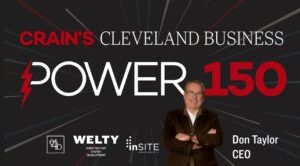 In the news: As CEO of the Welty Building Co. since 1999, Taylor has followed his lifelong love of the construction industry into a role as not only a successful businessman but also as a community leader. He was integral in getting Akron’s Bowery District built and full of residential tenants and is a major player in Sherwin-Williams Co.’s development in downtown Cleveland. 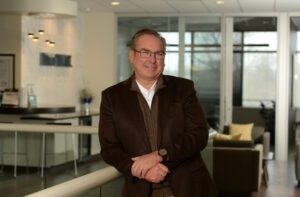 From CEOs and politicians to philanthropists and entrepreneurs, Crain’s “Power 150” list is just a snapshot of those leading some of Northeast Ohio’s most influential organizations and who are in a position to move the region forward. There were no specific criteria used in selecting the “Power 150,” nor were they chosen through a nomination process. Rather, our editorial staff collectively gathered names, taking into consideration each person’s role in Northeast Ohio and that of their organization. An effort was made to include a range of people, businesses and industries. In some instances — as was the case with Case Western Reserve University — a delayed replacement in a permanent leadership position resulted in exclusion from the list. Because many of those listed serve on multiple boards, we limited highlighted involvement to three organizations or efforts. The 2020 “Power 150” is an updated version of the 2014 “Power 150” and the 2017 “Who’s Who in Northeast Ohio” lists.